First of all, I want to thank Terri Long for the opportunity to participate in BlogFlash 2012. Although I didn’t make it across the finish line — and, in fact, determined that daily, manic blog posting contests are not for me — I had a blast participating.

And now, on with our regular long-form blog posts.

The Problem With “Pearls” 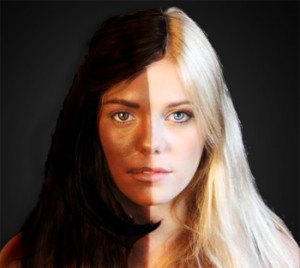 If you’re a fiction writer, you may have caught wind of the controversy over Victoria Foyt’s Save the Pearls. For those of you who don’t know, Save the Pearls is a book about a future where an environmental cataclysm has wiped out most of white humanity, leaving the dark-skinned people (or “Coals” as the book calls them) in charge. In this dark future (get it?), the Coals  ruthlessly oppress the light-skinned “Pearls,” who must endure such routine humiliations as wearing blackface in public. There’s even a book trailer featuring a young blonde girl wearing blackface.

I am not making this up.

Predictably, this met with some controversy. Weird Tales made plans to reprint the opening chapter of Save the Pearls, then quickly reversed that decision when it proved unpopular. Facing a barrage of criticism from the internet, Foyt wrote a defense of her work on Huffington Post that asserted that she wasn’t racist, it was the readers who were racist for making accusations of racism.

Like so many other critics, I haven’t read Save the Pearls, nor do I have any interest in doing so. Even if the premise itself didn’t strike me as ill-advised and problematic, it still wouldn’t be my thing.

I won’t go into exhaustive detail about how wrong-headed I think this concept is — although I will say that “what if black people were oppressing everybody and the white women were super-afraid because they weren’t in charge anymore?” is not what I call meaningful satire or social criticism. It’s runaway privilege masquerading as racial sensitivity, and Foyt should have known better. Maybe there’s something brilliant in Save the Pearls that saves the core idea from itself — but I doubt it. At best, this is like the kind of idea one should sit down and think twice about before pursuing.

However, I do want to take a moment to talk about Foyt’s reaction, which I think is a textbook example of how not to deal with your audience. Foyt’s defense on HuffPo basically amounts to “you’re reading it wrong,” telling her audience that if they have a problem with her work, that’s only because they don’t understand it.

Readers with long memories might recall Anne Rice’s meltdown on Amazon a few years back, in which she called her own readers big dummy doo-doo heads for blasting Blood Canticle, capping it off with rating her own book five stars. (The review was later pulled by Amazon, but replaced by a fan of her diatribe.) Rice went one step further, saying that she had outgrown her editors: “I have no intention of allowing any editor ever to distort, cut, or otherwise mutilate sentences that I have edited and re-edited, and organized and polished myself… for me, novel writing is a virtuoso performance. It is not a collaborative art.” (Incidentally, the number one criticism of Blood Canticle? “Needed an editor.”)

Here’s why this kind of thing generally doesn’t work in your favor.

You don’t get to decide how readers react to your work.

Once you finish a book and put it out there, it pretty much has to speak for itself. You don’t get to tell your readers how they’re allowed to interpret it, or how to feel about it. If they find what you write offensive or objectionable, that’s their right.

This may come back to bite me someday, but I believe that once you release a creative work into the wild, to some degree, it belongs to your audience. George Lucas has taken no small amount of static over fiddling with his beloved movies long after fans began to think of it as their own. Lecturing your readers on how they’re supposed to react — what they are and aren’t supposed to like — will do nothing but alienate people and undermine your credibility.

Your readers are smart.

Not every criticism is valid, or even worthwhile. Yes, some critics will willfully misinterpret your work because they want a good excuse to hate on something. But readers, and genre fans in particular, aren’t all dunces with no sense of subtlety or detail. If anything, the most hardcore fans are often  incredibly detail-oriented, analyzing every last paragraph for weaknesses, like a sapper preparing to lay siege to a fortress. If smart, educated people gather in force to tell you in detail why your work is problematic, maybe it’s not because they lack the brainpower to comprehend your awesomeness.

Also, if you must rail against your own readers for daring to question your work, don’t end your defense with “well, my book won a bunch of awards, and [name-dropped celebrity] said it was good, so clearly I’m right and you’re wrong.”  That’s pure clown shoes.

If your book requires a separate, detailed explanation of its own premise, you may have a problem.

After the opening salvo of  “no, you’re the racist,” Foyt’s article moves into a defensive recap of her book, explaining why all the problems in the book aren’t actually problems. You say “coal” is an actual racial slur against blacks? No, see, that doesn’t matter because “coal has energy, fire, and real value,” and that exempts me from having to do any historical research. You say the title of the book loosely translates as Save the White People? No, it’s okay because I’m being provocative. You say that “confronting racism” by making it all about the poor white people being oppressed is incredibly problematic? Well… um… provocative! And you’re dumb and racist!

I’m not making the case that fiction should be so watered-down and easily digestible that it will offend no one — but if you go to this level of detail to explain why people have no right to be offended and why you’re not a huge racist, you might want to take a look at your elevator pitch and rethink it  — or maybe come to grips with the realization that you don’t have the chops to pull off a brilliant racial satire.

Don’t call your readers racists, and don’t obliquely compare them to McCarthy.

Foyt responded to criticisms of her work by saying “this kind of blind attack is exactly what creates racism or condemned many progressives as communists in the Fifties.” Attempting to martyr yourself with this kind of thing will win you exactly no points with anyone. Go ahead and feel like a persecuted outsider all you like, middle-class white lady, and feel free to compare your critics to blacklisting scaremongers from a bygone racist era — but don’t expect your readers to swallow that kind of insult and pick up anything you write ever again.

What do you think? Am I being too hard on Foyt? Not hard enough? Sound off in the comments.

I have a close friend who’s been going through a very tough time. The kind of tough time that would reduce most other people to a quivering pulp. He’s under pressures I can barely imagine, and is still such a fantastic guy that he takes the time to sit down and listen to my problems.

So when I told him that I’d been having a hard time getting any writing done, he asked me: “what are your emergency minimums?”

He went on to explain that long ago, when his free time suddenly diminished dramatically, he decided on a few “emergency minimums” for his daily routine — things that were important to him that he would do every day / week / month, no matter what. It might be something as simple as a daily meditation, or a bit of reading, or an exercise routine.

He wouldn’t make excuses for himself, or put these things off indefinitely and then feel bad about putting them off. He wouldn’t mourn that he wasn’t able to put as much time as he wanted into his projects. He didn’t concoct elaborate schemes with catchy code names. He’d plan, and then put a little time in, wherever he could, without fail.

I have clinical depression. I’m on medication for it. My therapist once classified me as “high-functioning” and in general, that’s true — I have it a lot better than a lot of people who struggle with depression on a daily basis. Thanks to medication and therapy, I get through most days just fine.

But there are bleak days when I don’t feel “high-functioning” at all. I’m not talking about feeling a little grouchy, or in need of coffee. That’s a daily occurrence I’m well-equipped to handle (hint: the solution is coffee.) I’m talking about a gray fog being drawn across all of reality, where your own psyche becomes a schoolyard bully who has singled you out for an extended ass-kicking.

I’m not mentioning this to throw a miniature pity-party, complete with kazoos of despair, but rather to give some context. I’m just saying, there are days when even writing the crappiest blog post imaginable might as well be the twelve labors of Hercules. My fiction all starts looking like the worst dross a rabid chimp ever typed by accident. In short, the thought of neglecting one’s work, of just letting it go until things brighten up, becomes downright seductive.

This is not uncommon among writers. Ours is not a special snowflake of pain. Sometimes it’s life, or depression, or fear, or good old-fashioned laziness.

Any writer will tell you that writing daily is essential. Hell, I’ve said it, probably with a lot of pomposity and finger-wagging, too. I talk a big game (like many a blogger), but my money and my mouth often occupy different space-time continua. Balancing writing with our daily lives is something we all contend with, to some degree or another. We all have our excuses, legitimate or not.

This is where emergency minimums come in.

So I’m going to start setting some modest goals. Not sweeping, punch-out-the-universe goals, but manageable tasks that I can reliably complete. I may not be able to spare four hours a day for writing, but I sure as hell can spare thirty to sixty minutes.

A person can get a lot of work done in that time. Or not. But the point is to do the work.

So what are your emergency minimums?