A short one today.

In continuing a bit from an earlier post, I’d like to talk not about one’s blog readers and how much they matter (hint: a lot), but rather about the people who read our work — the editors, the beta readers, the friends and family who take time out of their day to read our work and suggest revision.

A while back, I got a rather sadmaking comment from one of my blog readers, Colin Kerr:

I don’t write, but my more creative, productive friends do, and they often send a draft to get a reaction. I always say I’ll help, because what kind of ass doesn’t help a friend with a book? But then, after giving notes, they say, “Yes, but Michael said exactly the opposite.” Michael tells me he hears much the same.

Writers and editors alike act like they’re put out by the process. I don’t know what to make of it. If you ask a dozen people to edit a manuscript, of course they’ll give you a dozen different kinds of advice. It’s not physics. Do writers want a dozen opinions to chose from, and if not, why send out so many manuscripts?

My friends have not been published, and I have never edited a book which was subsequently published. Most of us fight with computers for our salary.

Maybe my input is not worth hearing. I try not to be cross, but editing takes time and effort, and it’s taxing to be dismissed. Just as writers agonize over giving away or charging for sample work, I think about charging a fee for editing just to see whether people take me, and editing, more seriously.

As writers, most of us have volunteer editors who help us with our work. Revision is a crucial step in the writing process, and central to creating good fiction. Another set of eyes can prove invaluable in fine-tuning that revision. But writers also tend to be prickly when it comes to editing and suggestions. I’ve been on both sides of that argument — I’ve argued with writers who took issue with my every revision, and I’ve argued with editors and readers who dared to question my holy writing process! Who the hell asked them in the first place… oh wait, I did.

Editing is hard. Revision is hard. No one’s saying it isn’t. It’s one of the most grueling steps in the writing process. But that doesn’t give us license to take it out on the people who volunteer their time and energy to helping us create better work. Listen to your readers and your editors. Weigh their words carefully, even when they hurt. Take them seriously, even when they contradict each other. And most of all, say thank you.

And on that note, I’d like to personally say thank you to Anna Meade, Angela Goff, Lillie McFerrin, Tracy McCusker, Aaron Engler, and Ruth Long for their time and effort. You guys rock.

Elsewhere on the Web 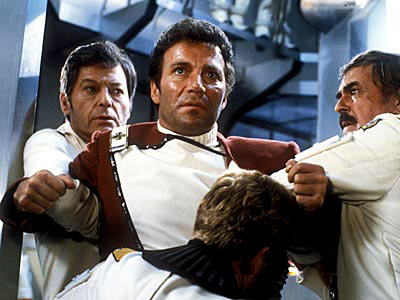