C-3PO
Oh dear! Princess Leia, if Darth Vader attacks us, what will happen to the Death Star plans?

LEIA
I don’t know, Threepio. I guess we’ll just have to try to safeguard them somehow. Captain, are there any signs of a Star Destroyer on our tail?

LEIA
Oh, good. It would certainly be bad if he attacked. Darth Vader is a monster.

C-3PO
Princess, you might be interested in knowing we’re now orbiting above Tattooine, a desert planet of the Outer Rim. Tatooine has two stars, as it is in a binary star system. Tatooine’s G-type and K-type twin stars (Tatoo I and Tatoo II) heat its surface, making water and shade hard to come by. The planet’s indigenous lifeforms—such as the Womp rat, bantha, Sarlacc, and Krayt Dragon—are well-adapted to its arid climate, but human settlers often become moisture farmers and live in subterranean dwellings in order to survive. The planet’s lack of resources, brutal heat, and decentralized population have made governing the planet nearly impossible…

I’ve seen a lot of beginning writers trot out scenes like this. Hell, I’ve done it myself. Scenes where the action is waiting to get started. Scenes where, as David Mamet says in his infamous master-class memo, “two characters are talking about a third [and] the scene is a crock of shit.” Nothing’s happening, but people are talking about how something might happen at some point. And that builds tension, right?

Scenes like this are ripe for the proverbial cutting-room floor. Why? Because they’re unnecessary. For example, look at how Star Wars actually begins, as compared to the dull hypothetical above.

The attack’s already taking place. Leia’s already in trouble. The fifteen-second prologue crawl has already filled us in on the situation. We don’t need Leia to explain that Darth Vader is a badass. We learn it easily enough when he shows up and snaps a guy’s neck like a candy cane. Badassery established!

Similarly, the reader isn’t going to give a good goddamn about the details of Tatooine. It’s hot, it’s dry, it’s empty. We learn this when the droids are wandering around lost. The only setting details we learn are those that impact the story right now. The exposition and the action develop at the same time. That’s the essence of a good scene.

Another vital principle of scene structure is that no character leaves the scene unchanged. If your characters learn some information, say “huh, that’s interesting” and then go on with their lives as if nothing happened, then the story probably isn’t moving forward.

Two characters talking about what a third character might potentially do isn’t action. There’s the possibility for something to happen, but nothing actually happens. You want to be very sparing with this kind of scene, because essentially, you’re asking your reader to wait while you get the story moving.

Unless your scene somehow ramps up the tension or raises the stakes somehow, you’re just marking time, and your reader may start losing interest. Raymond Chandler used to solve this problem by having men burst into the room with guns whenever things started getting stale. That may not always be an option for you, but it’s in your best interest to push your characters and story forward.

To further strip-mine the opening sequence of Star Wars: Leia begins the scene as a princess fleeing with the Death Star plans. She ends as a prisoner, the fate of the plans now out of her control. R2 and Threepio begin the sequence as two droids on a starship, minding their own business. They end as fugitives in possession of a galaxy-changing secret only one of them knows they have. Nobody just goes on with business as usual… except maybe Vader, who, for the moment, is the least interesting character in the room. The next time he shows up, it’s torture time. And he’s interesting again.

So the next time you’re peering at your prose and wondering why it seems flaccid or dull, ask yourself: what’s happening in this scene? And furthermore, what can I make happen right now? 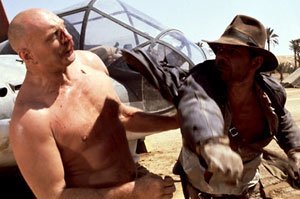 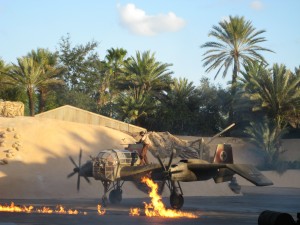